In its initial appearance, Liber Legis's upper body is largely obscured by its large, folded metallic wings while its face is obscured by a red mask of layered armor. Otherwise, its thin legs, thin waist, and abdominal cockpit are still unobstructed as are its arms and its green blade-like fingernails.  Should the need arise, Liber Legis can transform at will, as the layered armor disipates and the wings unfold, revealing its large dark wings, shining red eyes, and mask-like face with a mouth-like split.

Performance wise, Liber Legis is powered by the Heart of Infinity, a fragment of Yog-Sothoth that collects unlimited energy from the innumerable parallel universes, and has access to incredible strength and faster-than-light speeds.

Zs-a Wia is the Outer God worshiped by Darkness Dawn and is described as an ancient lost heretic god discovered through forbidden texts. It can be summoned through a ritual that involves the Prayer Book of Blood and the Temple of Dripping Darkness with said temple actually being built atop of the deity.  According to the Prayer Book of Blood, if Zs-a Wia were to be summoned with its Heart of Infinity, it could engulf the planet and rewrite the "truth" of the universe.

Its appearance was more akin to a supernatural or geological phenomenon. It was the size of a small mountain and had the physical appearance of a maelstrom of dark red liquid with many slow tentacles protruding out of it. Its mouth resembled the mouth of a cnidarian with the diameter of about thirty meters. It often morphed its own appearance to suit the situation, such as creating large leather wings for itself, becoming a giant whip-like creature, or assuming its Deus Machina form.  In addition to this, Zs-a Wia can also morph the mucus it excretes into dinosaurs, with said dinosaurs being able to combine and assume the appearance of a dragon.

Zs-a Wia's existence is also the cause of multiple world-wide paranormal incidents.

Darkness of N'Kai: Liber Legis fires multiple micro-blackholes from the black cannon located inside of its arms.

Abrahadabra: The cannon within its arm fires a concentrated blast of energy.

Hyperborea Zero-Drive: The Antithesis of Demonbane's Lemuria Impact, the target is inflicted with a state of Absolute Zero. At its highest level of power, it is claimed to be able to inflict Absolute Zero to everything.

Sword of Gold Cross: Liber Legis's glittering golden sword. The blade can be extended to at least several hundred meters and can tear through space.  In addition to this, Liber Legis can summon multiple blades to impale the opponent at once.

Bow of Sirius: The Cross of Sinners can change its shape into that of a massive glowing gold-gilded bow. The Bow of Sirius uses golden arrows of light summoned by Liber Legis and can fire multiple arrows at once.  Furthermore, the Bow of Sirius can fire a stronger dragon-like arrow with heat and light stronger than that of Yaddith's five suns.

Leviathan: Liber Legis summons a dark sphere possibly the size of a moon which, upon breaking, releases a dark cloud of beasts of every shape and size imaginable. These beasts proceed to tear, rip, and devour their target.

Crucifixion:  Liber Legis can summon a large cross behind the target and impale their limbs with smaller crosses, thus immobilizing the opponent.

In addition to this, Liber Legis has access to self-repair abilities, instantaneous teleportation, and an octogram-shaped barrier field that envelops its body. 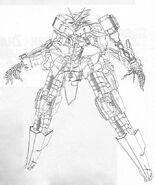 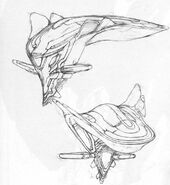 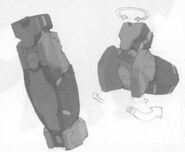 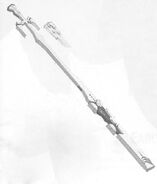 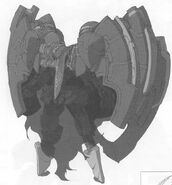 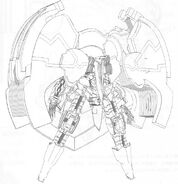 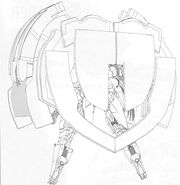 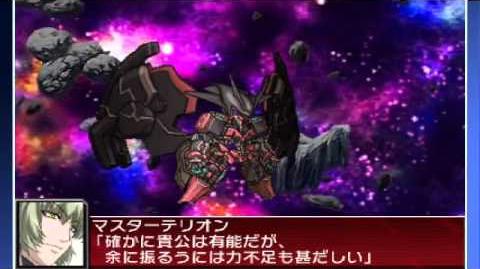